Mount Athos is the spiritual capital of the Orthodox Christian world, consisting of 20 monasteries and approximately 2000 monks. Mount Athos is situated in the entire third, eastern and most beautiful peninsula of Halkidiki, called the peninsula of Athos. It is the only place in Greece that is completely dedicated to prayer and worship of God. The Holy Mount is about 50 Km in length, 8 to 12 Km in width and it covers an area of about 350 square kilometres. 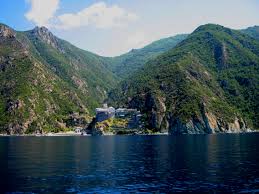 The Holy Mount is a self- governed part of the Greek state, subject to the Ministry of Foreign Affairs in its political aspect and to the Ecumenical Patriarch of Constantinopole as regards its religious aspect. 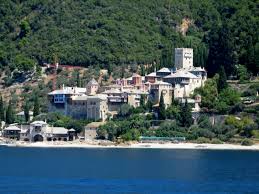 Women are not allowed within 500 metres of the shore, and even female animals are prohibited from walking on Mount Athos. This is because the Virgin Mary is said to have visited the peninsula and prayed to have it as her own. It is believed that the presence of women might distract the monks, tempting them away from true celibacy and lead them to sin.

This widget will display a newsletter form. You can configure your newsletter options in the theme settings under the Appearance menu.

Sunday Summer Resort The complex Sunday Summer Resort comprises 4 studios (2+1 persons), 2 Studios (3 persons) and 6 Apartments (3-5 persons) fully-equipped and furnished, decorated with elegance and style, comfortable and functional. Located on a breathtaking bright-green stretch of land, near the sea-shore, it is a fascinating microcosm of the natural wealth of Halkidiki Greece. Within the span of 5000[…]

Hotel Estelle Estelle hotel is a family business in the beach of Gerakini, in the centre of Halkidiki, it was built with a lot of care and passion and opened in order to offer to its visitors comfortable stay and relaxing holidays. It is located only 20 meters away from[…]

Gerakini is a village in the Halkidiki peninsula in Central Macedonia, Northern Greece. It has been the port of nearby Polygyros, the capital of Halkidiki, ever since its settlement. Its beaches attract thousands of tourists and holiday makers during the summer. It has the largest magnesite deposits in Northern Greece.[…]